The girls football teams took part in the tournament at The University of Brighton. Our first competition back at the beginning of October was an introduction to football of many of our girls. Since the first competition we have had many new players joining our training sessions and so we were able to enter two teams at this event.

The development team did really well in the group stage, improving during every match. Their enthusiasm and resilience really was impressive and they came away with the motivation to train more and continue to improve their football.

The first team played well in the group stage and showed how much they had improved as a team. Following some great results, they went through to the cup in the second part of the tournament. This is where it became much more difficult, however, their collaboration as a team and personal excellence resulted in some fantastic goals. Even winning 2 games on penalties! The final game against Stanford was tough but really showed how the team played well and persevered. They thoroughly deserved to come 2nd in the tournament and were very pleased with their performance and runners up medals. Well done girls! 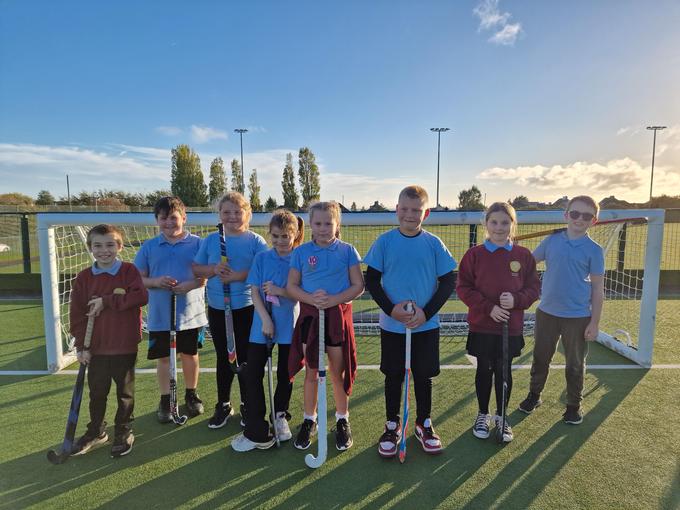 A group of our year 5 children went to try out some hockey skills at Blatchington Mill High School. The sports leaders had organised a range of activities for them to try and then they played some games against the other schools. It was a really great opportunity to learn more about hockey and we are hoping to do more in the future. 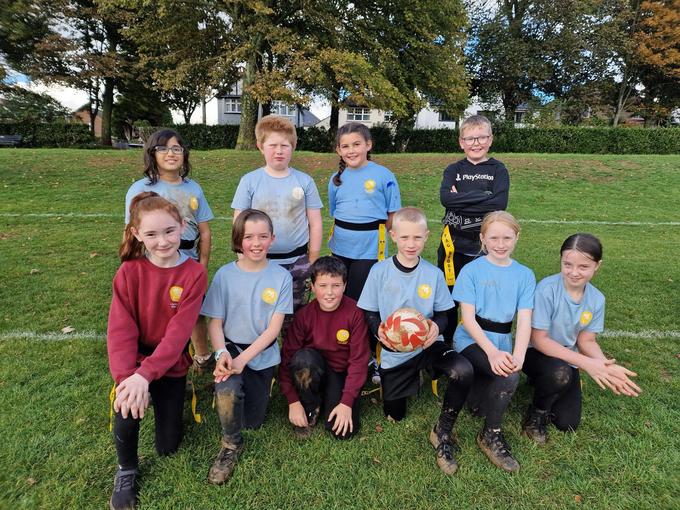 A group of Year 5 children went to celebrate the Rugby League World Cup at Hove Park this week and they had a great time, learning about the game, trying out new skills and getting very, very muddy!

It was great to see so many schools at the event and we were lucky to have some training from the Rugby Academy students at Cardinal Newman. All of the children received a certificate for their participation and Jacob was voted the winner of the determination award for his effort and teamwork throughout the event. Well done to all of those who took part. 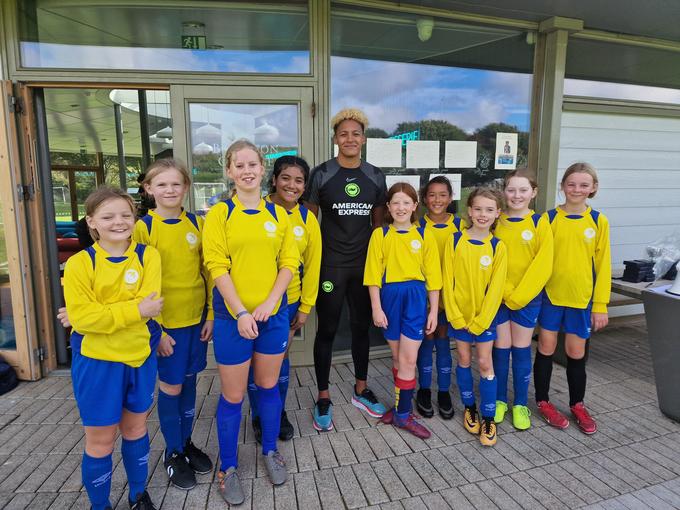 The girls football team competed at their first competition of the year last week at East Brighton Park. It was a great afternoon of football, and the team did well, improving in every match they played together.

It was the first time they had played as a team and so there was some tough opposition. However, the girls showed some great determination and resilience and kept building on their skills to put some together some great passing. Overall, the team did really well, and we were very proud of their efforts throughout the afternoon. We are very much looking forward to the next competition