Please click on the document below to find out about British Values at CAW.

Democracy - Election of Ambassadors for 2018-19

One of our central British Values is 'democracy'. We have many forms of democracy at CAW but perhaps the most important one is the annual election of our School Ambassadors.

Each year, pupils who are in Years 4 and 5 are given the opportunity to put themselves up for election as a School Ambassador for the following year. To do this, they must first write a letter of application to Mr Church, outlining why they think they are suitable to be an Ambassador of the school. The children are encouraged to make reference to our CAREER CAW Qualities when they write their letters.

This year, Mr Church received over 20 applications from each of Years 4 and Year 5. All were of high quality and all were written in the child's own time, demonstrating the effort and committment needed for the role.

Democracy really came to the forefront at the next stage of the process. All of the children who wanted to be an Ambassador had to present themselves and why they would be suitable for election to the role to nearly 200 people in the Assembly Hall. The children had been given training as to how to speak to large audiences with confidence. Some of the strategies explored were:

As part of the democratic process, the audience (made up of children and staff from Years 3, 4 and 5), were encouraged to show another British Value - that of 'Mutual Respect'. They were expected to listen carefully and respectfully and to consider what they were looking for in their candidates.

All 44 children gave speeches of very high quality. Most were nervous but all spoke with clarity and confidence. Every child should be proud of their efforts and achievement.

The final part of the process was the democratic vote. All children who attended the assembly were taken to the 'Polling Station' and had an individual voting booth in which to mark a cross by their chosen pupils from both Years 4 and 5. Voting slips then had to be folded in half and placed in the Ballot Box. Mrs Dolan was our Polling Officer and her job was to ensure that the election was held fairly and democratically. 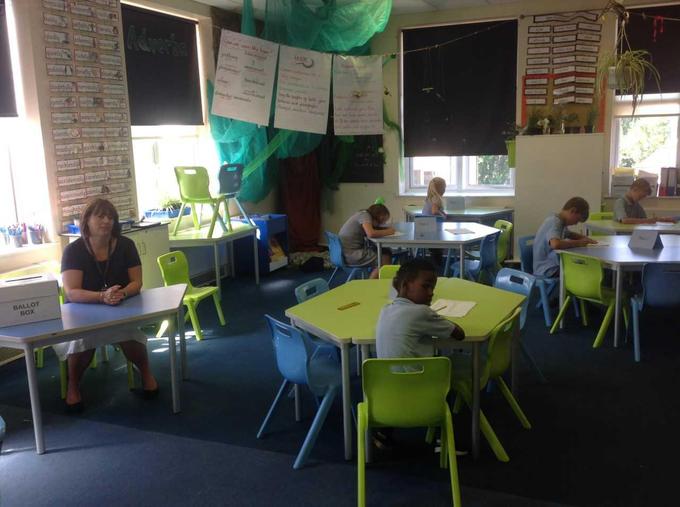 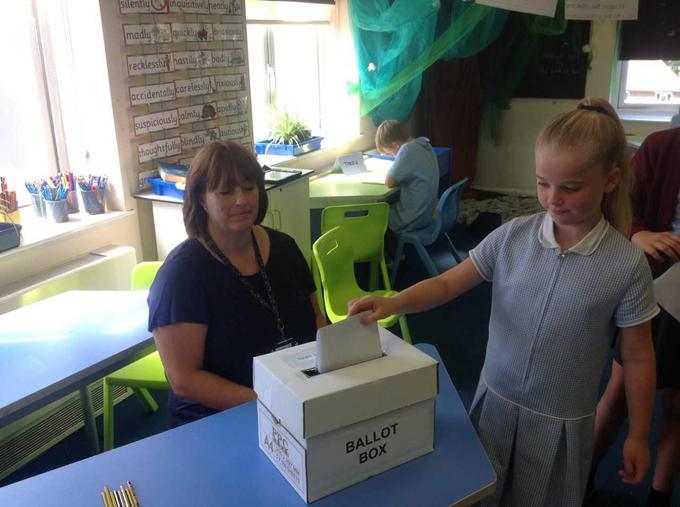 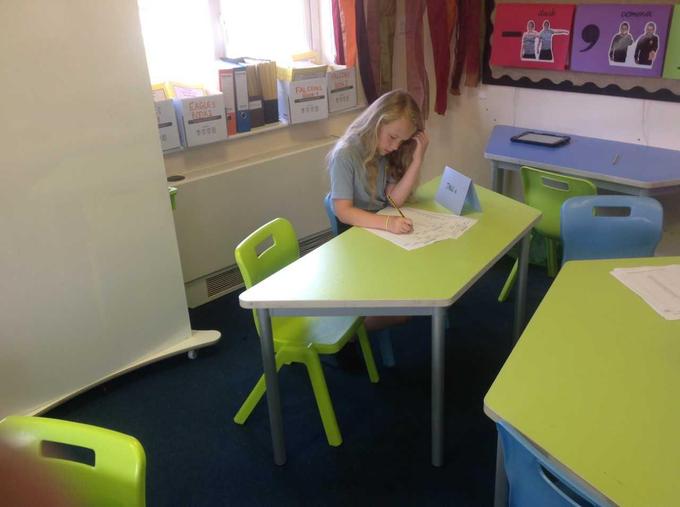 All of the votes were counted and the following children were elected for 2018-19:

All of these children have a probation (trial) period in the first half term of 2018-19. If/when successful, they will be awarded full Ambassador status in November 2018, wearing the uniform they will have chosen.