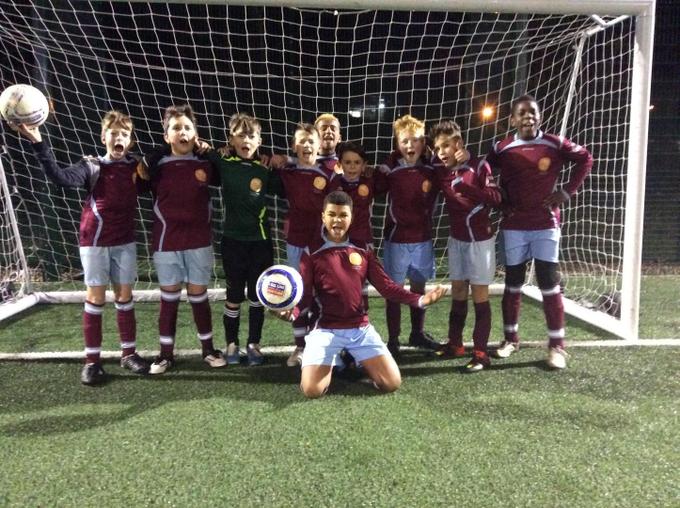 Well done to the Year 5 and 6 boys who finished their schools league campaign with back to back 4-1 victories! This should see City Academy finish 4th out of 7 schools as they ended the league season on a high.

On Tuesday 5th December they travelled to Hertford Primary and started the game very well, with a great first half performance which ended with Michael toepoking into the roof of the net- to help us lead 1-0 at half time.  Despite an excellent 30 yard drilled goal from Hertford, we continued to dominate the game in the second half and thanks to two goals from Maison and one from Destiny we won the match 4-1.

On Wednesday 6th December we played Queens Park at Manor Gym under the floodlights, full of confidence after our victory the night before.  In a match we created many chances in, Queens Park unexpectedly scored to take the lead but we stayed calm to equalise and make it 1-1 before half time.  In the second half we continued to dominate and eventually took the lead through Maison’s curling strike. Two more late goals from Rio and Maison sealed a second 4-1 victory in as many days.

Well done to all the boys involved!