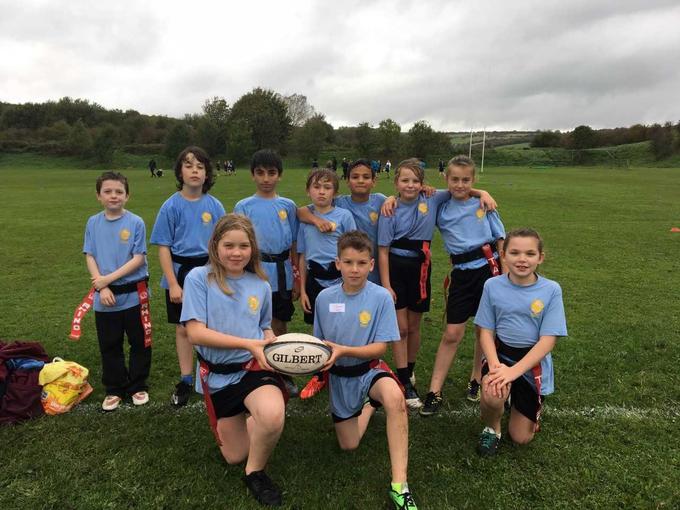 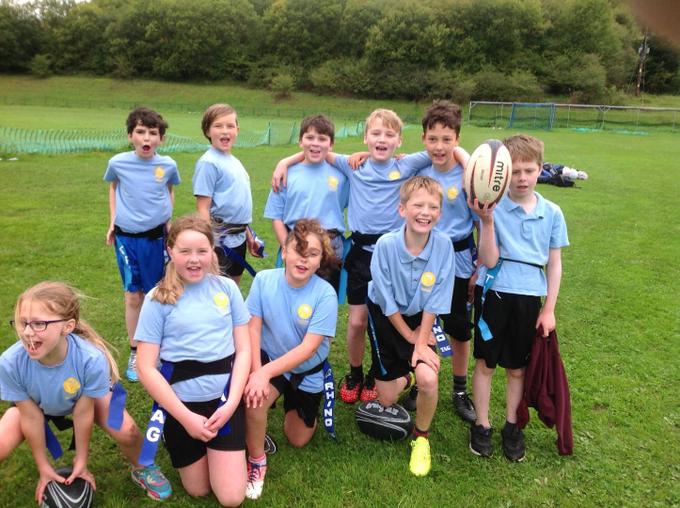 On a drizzly Wednesday at Waterhall Sports Field, 20 of our Year 6 children took part in a tag rugby festival.  They were split into two teams of 10, our Whitehawk ‘Red’ team and Whitehawk ‘Blue’ team.

The children first took part in some rugby activities, then played in three matches against other schools.  Both teams were victorious in one match each, and scored lots of tries.   Well done to all who took part- they did the school proud with their enthusiasm for the sport and teamwork in the matches!