Runners Up in Hockey Tournament

What a performance by our school hockey team in the Brighton and Hove Quicksticks competition! In our first performance in the tournament, under the watchful eye of our lucky mascot Mr Church,  our team played so well, winning four out of five matches and scoring 16 goals! Unfortunately St Martins, the only team to beat us, came first in the league having also won four of their matches but also scoring more goals than we did.  However we are extremely proud of the performances of all the players in our team (and are hopeful for next year seeing as five of the squad are only in Year 5!). We defended excellently as a team and scored some great goals. Well done to all- what a brilliant result! 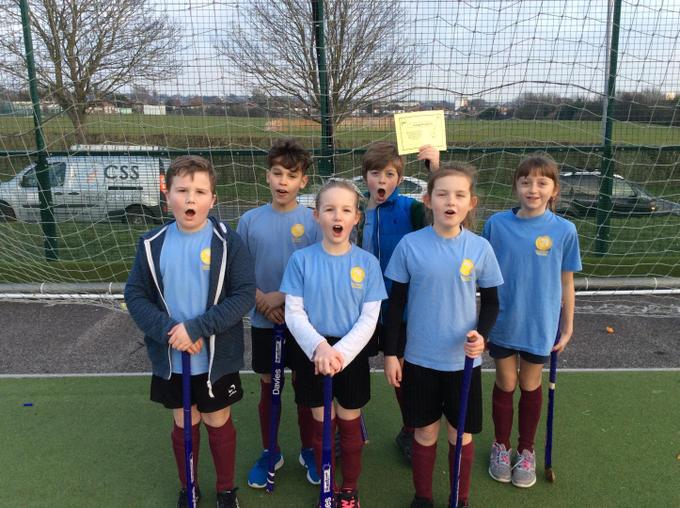