Well done to the children in Year 6 who played St Mark’s in a football friendly match on Tuesday 7th January.  The match was 8aside and was played at Manor Gym, although we took 14 players so everyone played at least a 20 minute half each.  All of the players represented the school brilliantly and played their best, demonstrating great passing, shooting and dribbling skills.  We were the better team in the first half and deservedly led 1-0 at half time thanks to Chad‘s goal. St Mark’s improved in the second half and we had to defend our lead well.  Unfortunately a deflected goal allowed them to equalise with only about five minutes remaining.  However, in the last two minutes Nate found himself unmarked and slotted past their impressive keeper to win the game 2-1.  It was a close match, played by two great teams who tried their best and showed great respect for one another.  Congratulations to all the children involved, especially Gary, Callum and Caden who were playing their first match in Year 6! 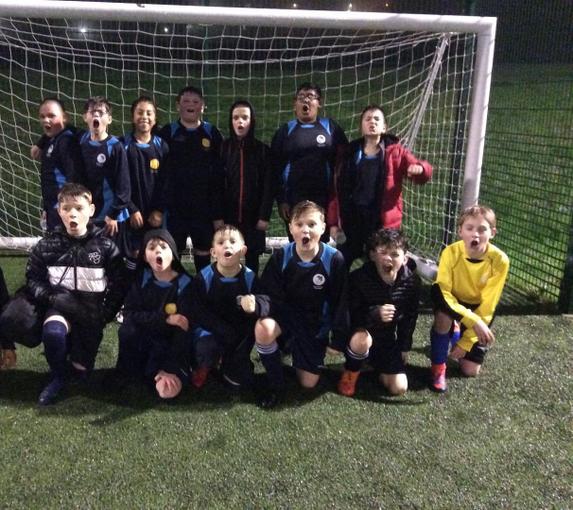