In English this half term we used the Indian myth of Indra and the Water Dragon to inspire story writing. The children adapted the original story and eventually produced an exciting mythical tale of their own. We have also worked on our non-fiction writing producing non-chronological reports about different types of dragon. The children really enjoyed letting loose their imagination and creativity. Throughout this work we have focussed on developing the use of conjunctions to extend sentences, interesting openers and expanded noun phrases.

Our maths this half term has been focussed on the understanding of number. The children have experimented with partitioning numbers in different ways, comparing and ordering larger numbers and also rounding. They have shown that they love a new challenge and have really developed their collaborative skills when playing maths games and solving problems and puzzles.

Our very first Paragon topic took us to Ancient India and the Indus valley civilisation. The children have learned what we mean by the term “culture” and have been comparing the ancient and modern culture of India to those in our country. During the course of the topic the children have planned a city, investigated the lives and work of an ancient people and made their own replica Indus Valley seals from clay. Both children and their parent/carers enjoyed our first Paragon event on Monday 9th October and we already planning an even better event for the end of our next topic: The Silk Road! 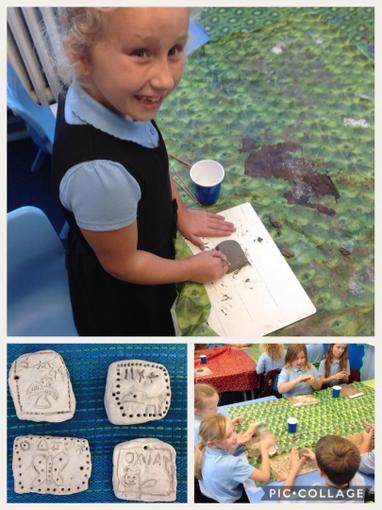 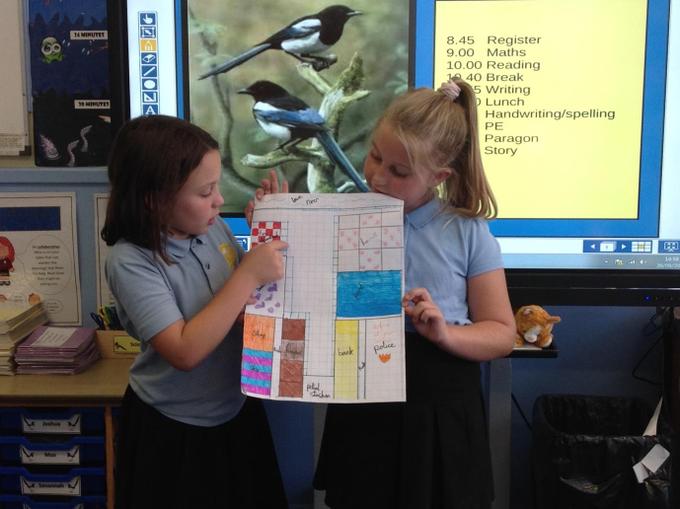 Molly and Melody deliver a presentation on their city design.