The next part of our story goes like this:

Down came the tree with Kevin still clinging! Then he opened his eyes and looked at all his friends staring at him. Slowly he unclung claw by claw.

The parts you need to change are:

The gate of the pen opened with Percy still oinking! Then he stretched his arms and waved at all his friends pointing at him. Quickly he unpacked his bag. 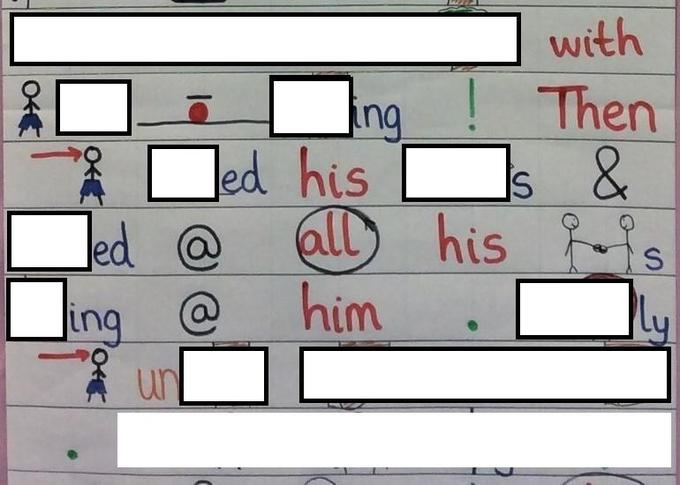 Can you use the story map to write the next part of your own story?

In Maths, we are going to learn about money!

We use money to buy things and can pay with coins or notes. Here are the different coins we can use: 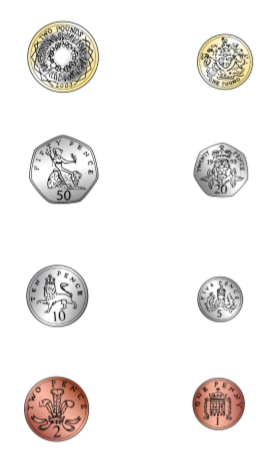 Can you use these special words to describe each coin?

Gold - it is made of a shiny yellow metal

Silver - it is made of a shiny silver metal

Copper - it is made of a shiny brown metal

Now have a go at this worksheet, can you tell which coin they are talking about?

Knowing all of your sounds is one of the most important parts of being able to read new words. Whenever we learn a new sound, we say the sound and a sentence called a 'ditty' that ends with that sound. e.g. air air, that's not fair.

Can you say all of the ditties for these sounds? 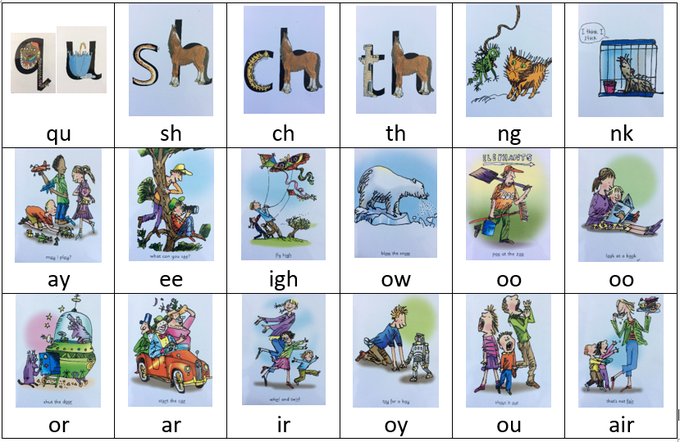 If you can't remember any, here they are:

ng ng, thing on a string

nk nk, I think I stink

ay ay, may I play

ee ee, what can I see

oo oo, poo at the zoo

oo oo, look at a book

or or, shut the door

oy oy, toy for a boy

ou ou, shout it out

Can you pick a sound, say the ditty and read a word with that sound?

Can you tell me the 4 countries in the United Kingdom? If you've forgotten, listen to  https://www.youtube.com/watch?v=ncqDJW4EhmE again! It's so catchy it'll help you remember.

We live in England which is a country. England is in Europe which is continent (a group of countries). In each country, there is 1 capital city where the government is (the people in charge of the country). e.g. England's capital city is called London. The four countries are of the UK and their capital cities are: 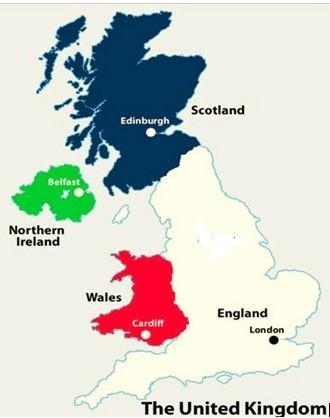 Now have a go writing the country and it's capital city on this worksheet:

We can also group animals based on what they eat. There are three groups which are:

Carnivores - animals that only eat MEAT

Herbivores - animals that only eat PLANTS

This song will help you learn about these three groups which animals can belong in - https://www.youtube.com/watch?v=3yrikH2QEFA

Now have a go at putting the animals in the right group based on what they eat:

I have set you lots of fun quizzes about our learning this week on Purple Mash. There a lots of quizzes you can have a go at on Purple Mash and in Year 2 you will learn how to make your own!

The first set of quizzes are all about animals - can you pick which animal goes in which group? I wonder who can get them all right. They look like this:

The next set of quizzies is all about the cities and capital cities in the United Kingdom - can you remember their names and where they are? Lets see who can get the most right answers! They look like this: